I looked at the clock on the wall. It was already 5pm and I still had one more homework to finish with my 9 year old daughter. My phone rang a few times and as i saw the name of the caller, i didn't pick it up. My daughter noticed my constant glances at the clock and said to me "mummy you can go you know. It's Friday and I don't have to submit this in school till monday".  I really didn't want to leave the house but she went into my room and brought the invitation card to me. "mummy you have to go because this person has been calling for this event for the past one month". I took the invitation card from her and looked at it again, it was for a movie premiere and a lot of hype had been done about this movie. It was the rave of the moment and everyone who mattered in show biz was going to be at this movie premiere. Well, everyone but me. "mummy I know that look. You have to be there". So I jumped in the shower, looked through my wardrobe and got the first thing that my hands could grab. A simple but beautiful dress...comfortable for the evening. As I arrived at the Silverbird Galleria in Victoria Island, the car park was slammed and my driver had issues with parking. "This movie must be amazing" I thought to myself. As I stepped into the atrium at the galleria, I was greeted by a swarm of pressmen. Flashing cameras, microphones and more questions than my brain could process were coming at me like bullets. The red carpet was packed as I saw colleagues, good friends, not-so-good friends, producers and 'everybody' looking like a million dollars. "I must have stumbled onto the red carpet at the Oscars", i thought. 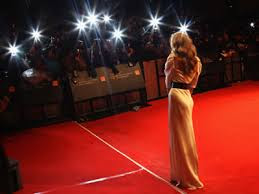 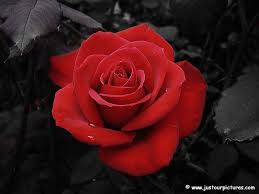 Lost a very dear friend recently, we all cried and asked " why"?  It was so painful and hard to accept because I spoke with him just two days before he passed.  The most difficult part was the fact that I had to start referring to him in past tense. But guess what, some days later another dear friend was celebrating his wife as she  just launched her clothing line and we all had to honor him.  We attended the party, danced, ate and even sang praises to God. In the midst of all that I sat down and thought about ME.         When my time comes I wonder how long it will take before the celebration continues and I would be referred to in past tense, just like Whitney Houston, Michael Jackson, Sam loco efe, Donald okoli and a host of others.              So I have decided to live my life to the fullest, this means that I will love and trust God more, live right as much as I can, pray more, smile and laugh more, celebrate people more and be the person I want to be.     I have learnt to stop trying so hard to please people and just be me. I will wear what I can afford, eat what I can afford, drive what I can afford,  write the way I know how, speak the way I know how and be the best I can be.    I have learnt never to give up on love no matter how many times I have been betrayed because I know I have offended God many times but he has never given up on me.    I have learnt to be wiser and stronger.    I have learnt that I should never give up on the very essence of life which is LIVING and LOVING Lots of love to you. God bless you.
Posted by Stella Damasus at 05:15:00 6 comments: 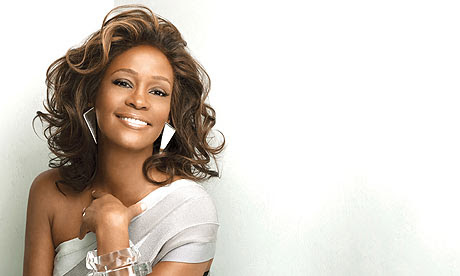 Whitney Houston, a legend, a true Diva, a woman that gave music a new meaning. It is so sad to hear that you are no longer with us. You would be greatly missed and your music would forever live on in our hearts. I may not have known Whitney Houston personally, but she was a big part of my life. She was one of my role models, and I remember vividly those days when I used to sing along to her songs for voice training. I can even say I owe some of my vocal abilities to the time spent practicing her songs and trying to sing like her. It would be impossible to forget some her hits like 'I Look to you', 'Greatest Love Of All', 'I Wanna Dance With Somebody', 'Saving All My Love' and so much more. All these songs touched my life and I am sure the lives of so many others. I hope that you are resting in the bosom of Lord my dear Whitney Houston.Rest In Peace My Idol.

Happy new month to you all. God bless and keep you now and always.
As I went on my knees to pray yesterday, there was a still small voice that just kept saying "don't ask for anything, just keep saying thank you Lord. Don't even thank him for any specific thing just say thank you Lord". As I started doing that I tried to end the prayer by saying something meaningful and intelligent to God but for some reason the words were not coming out.
I just found myself repeating thank you Lord, and the more I said it the more I smiled without even knowing why. So I continued for as long as I could, but as I tried to stand up the voice came up again and said "you cannot benefit from this alone, share it with people you care about. They should all take out a few minutes wherever they are, go on their knees and say thank you Lord and they must mean it.
Please do not take offense I am just sharing this message as I was instructed and I am not one of those that will tell you to broadcast and you will see what will happen in two days. I don't even know if you should share the message, all I know is that God wants us to thank him.
I have become a columnist for pm news and my first column will be out this afternoon, so please if you are in Lagos try and get a copy. This is just a start and I am not a trained journalist. I just speak from my heart and share my thoughts. Enjoy it o.
Lots of love to you all and God less you real good.
Stella (SDA)
Posted by Stella Damasus at 02:53:00 3 comments: