I wrote a blog a while ago called DATING MY ABUSER, and was shocked at the number of women who sent emails talking about the abuse they had faced. My heart was so heavy as I realized how bad things have gotten and how silent we have been over the years. One woman’s email really touched my heart and that is why I decided to share another experience.
Stripping myself naked in front of the world is not an easy thing to do, but when my experience encourages, heals and informs others, then it is the right thing to do. 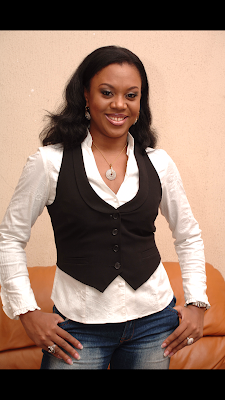 I remember one day in 2009, I had just signed a contract with a new management company and they sent their marketing manager to take pictures of me so that they could build a press kit and other materials for work.
The man I was dating at the time was in my house for a visit, and we were both in the living room when the marketing manager came in. As he entered we exchanged pleasantries and I introduced him to my boyfriend who gave him the most arrogant and disgusting look ever.  The marketing manager brought out his hand to shake him but my boyfriend walked away and didn't even acknowledge his presence.
I apologized to the guy who was really shocked as he was sure they had never met. He was so confused and had to ask me if he did something wrong.  I was highly embarrassed but had to quickly change the subject as usual.
I say as usual because it was becoming a trend with my boyfriend.
I knew how arrogant my boyfriend could be but I didn't think it would be that bad.