Sorting 'YOU' out first 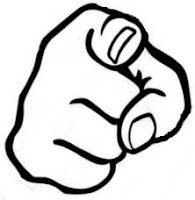 A friend of mine that i hadnt seen in ages called me one day and invited me to her place for lunch. Im really not one to go out a lot but i hadnt seen her in a while so i took up the offer. When i walked into the place i was shocked because what i  thought was going to be a one on one lunch turned out to be what people would call a ' get-together'. I was a bit skeptical about staying too Long but I eventually did and I enjoyed every minute of it especially because of the movie we watched.

The storyline was about a man who was married to a beautiful woman, they had lived together for a while, they had 3 children and everything seemed perfect but after a while the guy started cheating on his wife. The woman found out eventually and she was so unhappy and distrut, she confronted him and asked why he would do that to her.
Obviously the man started apologizing but after a while he stood up and said 'you know what, maybe I'm not sorry. I know that i did something wrong, as a Christian I shouldn't have done that because I have offended

God, I'm  begging God to forgive me but the truth is, you pushed me to it! You stopped being you, the woman that I married, you became a mother, you lost everything, the passion and the romance. I'm truly sorry, I work so hard, I travel all over and I found someone who gave me excitement. Yes, in my my moment of passion I messed it up and sinned but the truth is there was just this void that needed to be filled and I got tempted and I fell, I'm sorry.' After the long speech she was still pissed , she told him that he couldn't cheat on her, she had given him her everything; she had given him her life, her years, she had lost her identity and the man was shocked and then he shouted 'who asked you to loose your identity?'

When the movie ended, there was an argument as usual because some people were for and against the story, especially the ladies. They were all going on about how she left her family, married the man, managed the home, taught and took care of the kids, and she barely had time to herself, to be a perfect wife and a perfect mother you can't do anything else with your life because those are two very tasking jobs, so he had no right to cheat on her. What made them even angrier was that she shouldn't have forgiven him and then the men started, they defended themselves by saying 'how can you say that, it was very clear that the she pushed him. If she didn't loose the passion and romance would he have had to go out of his home to get some?' and the argument went on and on.

Now we can look at this issue from both ways. As a woman I know you would expect me to say he cheated, he's the one to blame, he can't have a relationship with another woman outside when he has a very

very beautiful wife sitting at home, and she has kids who she's taking care of, she's also taking care of his needs, making sure everything is on point so he has nothing to complain about and then he goes and cheats on her but the truth is he's human. Don't get me wrong, I'm not encouraging unfaithfulness but as women, the first thing that we try to do to please everybody is try to loose our identity and that's the first and biggest mistake that women all over the world make. A man meets you, you look good, you are intelligent, you're exciting, you have a lot of romance and passion and then you get married and start to have children and all of a sudden you forget the whole essence of marriage becuase you want to be the perfect mother, wife and you want everyone to be pleased, but the truth is you can't please the whole world. You must take care of your family but not to the point were you would loose yourself, your identity, loose the passion and the romance.

This is directed to the woman, I won't lie, truth is  we push the men. I know that every man should have self control, I preach that a lot, every man should know that he must be faithful to his wife but then again what are you giving the man at home? All of a sudden you become a missionary mother, yes you can pray and read your bible but God also says that the marriage is his institution it is more important than any other thing. It is more important than even your own family, as painful as it sounds that's the truth! There's a portion in the bible that says  just do right by your marriage before you can come and say you want to serve God. God would have you as a married woman, make sure that your marriage is fixed before you come to him and say I'm coming to serve God.

I have heard a lot of stories in the past of how men come to church and hate the whole idea of worshipping God becuase their wives no longer have time for them at all. They would rather spend Monday, Tuesday, Wednesday, fellowshipping then Thursday,Friday going to do evangelism, Saturday choir rehearsals and cleaning the church, Sunday going to church for service. What time is left for your family? So already you have made the man feel that he is in competition with your religion meanwhile serving, worshipping and being a child of God is not about you going to church everyday of your life. I'm not saying it's a bad thing but if your husband needs your attention, please give him that attention. You are supposed to be his go-to person. He must be able to know that when he comes back home he's not going to meet a wife who is wearing bubu or tying wrapper on her chest all day. No! He wants to be excited as well, he wants to have passion and romance especially as they grow older they require more attention.
Forgive me for saying this but when people say 'you have to start taking care of your husband as if he's a baby' a lot of women misunderstand that statement and start to treat their husbands like they are their sons. It simply means that they need more attention, they need petting, they need you to tell them all those things that they want to hear, they need you to make them feel wanted and special, they need  you to make them feel like they are really loved and cared for. All those things you used to do, all those nice love notes and messages that you used to send that made him feel special, all those times that you would surprise him, all those times that you would be the first one to make the move, it's all gone and I'm wondering why? You can't expect him to be the one to always want to hold our hand or touch you at night. He's your husband! Sometimes they need to feel that they are still sexy, they need to feel like they still look good and are hot enough for a woman.

I hate it when I come out and hear men say my wife is depriving me, she doesn't let me touch her, she always has a headache, she's always busy, she always tired, she says oh honey, I have taken care  of the  children, I did school runs, I cooked, cleaned, did this and that. Oh please, I can't do anything with you tonight and your husband looks at you and says what about me? I go to work, I provide for the family, I go out and do a lot of things as well and I still have time and energy to want to come and be with my wife and touch my wife because like it or not, that is a strong bond between a man and his wife. Once that physical part of your marriage goes, it affects a lot of things. Sex is not everything, yes I agree but if that is absent in your marriage for a long time, it creates a void and unfortunately sometimes men can't hold back as much as women can. It has been proven so many times.
So what I'm saying is if you knew you had issues with that, why file in for marriage when you know that it's for better and for worse. If he cannot come back and want to have physical contact with you his wife, then who do you want him to go to? Those nights that he comes back, looks at you and in his head he's thinking, oh my gosh, i have such a sexy wife, tonight she's going to hear something. If he can't come back, do that and know that you would not respond then why did you marry him? Being Tired should not be an excuse especially when your husband wants that attention from you, then some women would push them away, day 1, day 2, week 1, week 2 then physical contact becomes a routine between man and his wife.

I always tell women that you don't know how painful rejection can be. You try and make a move on your husband and let him hit your hand away and tell you I'm tired, I know that it happens to some women to

o but more women do it to men than otherwise. If you don't agree please write to me and prove to me
that it's men that reject more because what I find with the research I've been doing and the women I have been talking to is that their husbands come to them and the women reject their husbands with one excuse or the other. The latest  excuse for most women now is headache and then the man would prove to you that according to science physical contact with a man can cure headaches.

Because I don't want write too much I would stop here for now but i'll surely complete this article next week. So before you send in your thoughts and comments please wait for the second part of the article to come out