I was the Nigerian Project Coordinator for an international HIV/AIDS project, Dance4Life. The project

was based on using music and other forms of entertainment to teach young people about sexual and reproductive health. One major aspect of the project was the staging of a musical concert on the Saturday before World HIV/AIDS Day (every December, 1) for all young people across the country that had participated in workshops in the course of the year.

At the time, Dance4Life was present in about seven countries and every country worked hard to stage the best show. This was particularly because of the satellite connection element of the event where for a period of 15minutes during the show, all the countries are linked up and participants at each show are shown a live transmission of what is happening in other countries.

For us in Nigeria, my bosses, colleagues and I worked tirelessly to get together the best in Nigeria’s entertainment industry in order to give the participants a show of a lifetime. We were able to secure 2Shotz and Guitarman to perform, Gideon (Big brother) and Titi Adelakun as anchors and Maureen (Big Brother) as an ambassador. Also Kaffy and her dance crew agreed to work with our Peer Educators to perform the special Dance4Life drill.

After we had put together all these amazing acts, we were still missing something; there was no top notch Nollywood representative. So one of my colleagues picked up the phone and dialed the official number of one of the very popular actresses but the reception she got was appalling. So, she reached for the phone again and called another very popular actress and till date, I still remember my colleague’s words from her end of the phone as she discussed with this actress –“Xxx Yyyy(Name withheld for now), I love you, we love you. This is why people love you. You are so simple and real. Please keep it up.”

June 2013
The organisation I work with, Social Responsibility Managers (SRM) is part of a social media-driven

Tobacco Control project and we are focused on managing a web blog for the purpose of sensitizing and educating the general public on Tobacco Control issues with the ultimate goal of inspiring them to support the passage and signing of the National Tobacco Control bill into law. 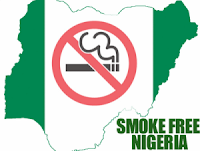 To cut the long story short, we exchanged emails and she agreed to be a Tobacco Control Celebrity Cause Champion. Kindly permit me to present to you a diva who needs no introduction – 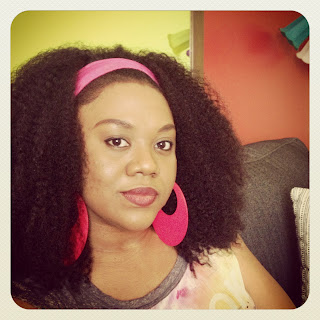 You can join Stella and the Tobacco Control campaign by signing up to become a Cause Champion. Simply send your 1) Name, 2) Email address, 3) Telephone number and 4) Location to info (at) socialresponsibilitymanagers.org. You’ll get a chance to have a specially designed Facebook, Twitter and G+ profile banner graced with Stella Damasus’ picture.

As a Cause Champion, you would participate in civic activities specifically Petition Signing, Occupy Day (‘occupying’ official phone numbers, email addresses of public officials through calls, text messages and emails) and sharing blog posts on your social media profiles.

THIS ARTICLE ORIGINATED FROM: http://titilayoobishineshine.blogspot.co.uk
Posted by Stella Damasus at 14:14:00