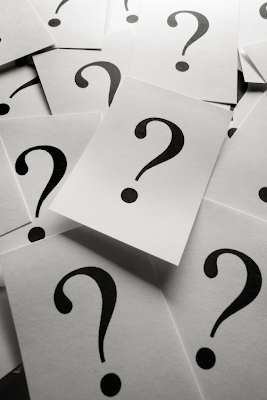 I have often wondered about Christianity and what a lot of people have said about it.
Growing up, I saw Christianity in a different light, as an adult it meant something else to me but now I am very grateful to God that I have started finding out exactly what it is to be called a Christian.
But sadly, I have also discovered how many people have taken it upon themselves to destroy the meaning of that word, how they have turned it into a business venture, how they have turned the minds of the people to what they want it to be, those people that they call ‘False Prophets’ who are all over the place deceiving people, lying to people, creating wrong image of the religion.
It is funny the way people talk about religion because as Christians, we believe that it is our religion that is ‘the’ religion, so also are Muslims, they believe that their religion is ‘the’ religion and the only one.

When I look at our Muslim brothers and sisters in the world today, I see that they take their religion so seriously that they can die for it, I see that their doctrine guides and rules them so much that nothing can change it and I see the love they have for their Quran. When you see the way they handle their Quran, where they put it, how they guard it, you will not even dare touch it.
Let me tell you a true life story about a wealthy businessman man who lives in Lagos State. He is a well respected man and owns a huge estate in the state. But for security reasons I won’t mention his name.
One day, this man was in the car with his driver heading for the airport. Before they drove out of the estate, he checked his time and realised it was time for prayers. It was during their fasting period, so he had to pray to break his fast. He looked around him to see where he could pray but found none. He eventually spotted a place and told his driver to stop. He came out of his car and ran to the quarters, where the security guards of his own estate stay. He saw the security guard there with his mat, washing his hands, getting ready for prayers, the man is a Muslim and obviously the security guard is a Muslim as well.
This wealthy man collected the security guard’s plastic kettle, did ablution and went to pray with the security man on the same mat.
Now, look at the difference between a highly placed man in the society and a security guard, whose duty is just to guard the entrance of the estate. See what brought them together without shame, without judgement, without thoughts like, ‘Oh, this security guard might be smelly, or his clothes are tattered, or how can I, the owner of this estate sit on the mat of a common security guard”. There was no segregation! The one thing that brought them together is their faith, their religion and their belief, because they believe in the same God, they live by the same doctrine, they read the same Quran, everything about their religion is one, they fight for the same cause, they believe in the same things.
If a Nigerian, who is a Muslim,travels outside the country and meets Muslims from different countries, they would pray together, the same way, with the same words to the same God.

But I look at our own faith, we who claim to be Christians, and I see all the deception and lies. How come it is the Christian world that has a million and one different denominations? The same Christianity has denominations that fight among themselves, the same Christianity has one denomination that would tell you, you can only get to God through Jesus Christ; some will tell you, you can only get to God through the Virgin Mary; some will tell you, you can only get to God through a Saint while some will tell you, you can only get to God through a man of God or through a Prophet.
Some will tell you if you don’t cover your hair you are not a Christian, some will say it is okay not to cover your hair, some will tell you it is okay to wear trousers to church and some will say it is not.
Some will say “in our doctrine, we don’t fast,” some will say offering and tithe is every Sunday, some will say no, some will say you cannot marry outside of our church, some will say anybody can ordain you and you can become a pastor over night as long as you can memorise the verses, and some worship, respect and fear their pastors more than they fear God. EVERYTHING IS DIFFERENT!
We do not even have a united front but we all come together and say we are Christians. How many Christians do you know that value their so-called Bibles? I go around a lot, I talk to people a lot, some of their Bibles have been in the same place for ages, some of them treat their Bibles like toilet tissue.
When we want to produce movies, we know that we dare not insinuate some things that have to do with the Muslim faith. They will not accept it, they will fight you, they protect their own to the last, but when it comes to us, we easily allow Christianity to be turned into something I don’t even understand.
We do not support our faith, we do not even believe in it enough to stand by it, stand for it and fight for it, so why pretend? Why do we come off as righteous people but if we look deeper, we are judgmental, we backbite, we find it difficult to see others get ahead? I have a lot of questions to ask Christians.

Some people have turned the Bible upside down, some people have misinterpreted the Bible for selfish purposes and some have turned the church into a business venture.
Well, I’m tired of sitting down and wondering. God did not give us the Bible to confuse us. No he didn’t, he gave everybody a sound mind. So I have a right to ask questions, I have a right to search for the truth. So I have decided to go on this journey to find out the truth about Christianity so that people will get to understand those things that different people have said to them.
If we do not get to the bottom of it, then you know that there is a problem. Join me as I invite as many pastors as I can to a round table discussion, I will sit with them and ask them these questions that have been confusing us for a while.
I’m going to ask different pastors different questions and I will see how many of them will boldly accept my invitation. I’m going to make it a television programme that will be on air nationwide. I hope you’ll be there with me, so that if you have questions, doubts or advice, anything you have to say you can let us know.
We all need to find out the truth about who we truly are as Christians. It is high time we stopped allowing some men to dictate to us how we should live our lives and who we should be when the answers are all there in the Bible.

So when the preachers come we will match them Bible for Bible, verse for verse and we will talk about different things so that the confusion can end. We have to understand our faith so that when they start to change ‘Christianity to Xtianity, we should start being careful, when we are seeing the signs of the end time and people are laughing and saying this one is turning to SU, this one is turning to church girl.

I’m saying this boldly to as many people that care to listen. The end time is now. Honestly, I don’t want to go to hell, I don’t want my family to go to hell and I’m certainly not going to allow false prophets and fake people who want to use us to make money to dictate to me what Christianity is about. So we are going to ask them to prove it and tell us what their doctrines stand for.
If you have any comments, please send them to me on stelladamasus@gmail.com .

Stella's Quote of the day : Remember, the Bible says my people perish for the lack of knowledge. Knowledge is power, let us search for the truth once and for all.
Posted by Stella Damasus at 07:48:00