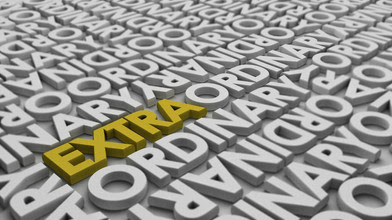 My grandfather used to organize an annual Christmas celebration when he was alive. We looked forward to it all year round because that was the one time that the whole family could come together. Children and grandchildren, Uncles, Aunties and even the former domestic staff who had left and gotten married.
XLLS 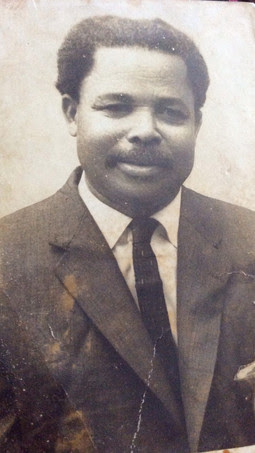 ​​
Anyway, when I was about 5 years old, I heard the word 'EXTRA ORDINARY' for the first time from my grandfather. I had just done a solo performance of "WE THREE KINGS OF ORIENT ARE" a Christmas carol that I don't think people really sing anymore. After singing, my grandfather called me to sit on his lap in front of the whole community and he said, "you are a STAR not just because your name is STELLA which means STAR but because you have 'EXTRA ORDINARY' abilities. Don't loose it no matter how tough it gets”.

So, the good thing about this was that I remembered all he said and told my mother who wrote it down somewhere for me but I really did not understand what the man was talking about because I was just 5. What did I know about rough roads and abilities?

I took the piece of paper that my mother wrote it down on and carried it with me everywhere I went. Even though I didn't know the meaning of what he said, I felt that his impression and expression of me was in that precious paper. It was not clear to me when I would eventually understand it but I just knew I had to keep it safe.
At the age of 10 I was in my school play and my mother came to watch. At the end of it, the owner of my school called her and told her to encourage me to follow my dreams because I was 'EXTRA ORDINARY'. He made it clear that even though I was not the best in the play, he could see that I was willing to put in more time even after school so that I could be perfect. He noticed that I was laughed at and bullied because my voice was so tiny and they could see me struggle to be heard, but that didn't stop me from wanting to play the LEAD ROLE which I got to play by the way (QUEEN OF SHEBA).

When I was 13, I had the opportunity of singing in school and when I was done I heard the word again 'EXTRA ORDINARY'. I knew what it meant at that time but did not know why people would use that word on me.

What did they see that I didn't?

I later understood that it was not because I had the best voice around but because of my PASSION for what I did and how I wanted to do it.

As time went on I noticed that all I wanted to do was entertain people and make them happy using the arts, my gifts and talent. My joy came when people looked at me and said "I enjoyed your performance it really touched me". That was my medicine because I didn't start out looking for physical remuneration's. 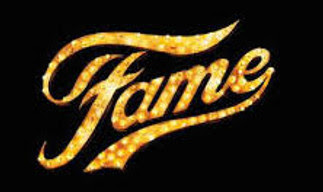 ​​
When I became much older I realized that with FAME came a lot of responsibilities, difficulties, pain, inconvenience, sacrifice and so many other things that I really didn't think I was ready for.

So many times I tried to give up but each time I looked at that paper it became impossible. I remember getting so frustrated one day that I tore the paper to shreds hoping that it would give me the release to pack it all up and look for something else to do with my life but it was too late for that because it was not about the piece of paper but about a man who saw what I would be in the future but was not afraid or discouraged, instead he said "don't loose it no matter how tough it gets".

I found the answers I was looking for at a point when I thought it was all over. The answers that I needed from my grandfather before he passed, were provided by JOYCE MEYER. I was listening to her podcast and these were some of the things she said that changed my life for good.
XLLS I cried so hard with joy because I knew that this was what my grandfather wanted me to know but preferred that I found out on my "JOURNEY TO SELF". He didn't want me to be afraid or discouraged before I started the journey but somehow he knew that if I was really "EXTRA ORDINARY", I will definitely get to this point where I would seek answers.

He is my angel for life.

Now, I look at my children and the people I mentor and I ask them this question "do you believe that you are EXTRA ORDINARY"? Can you handle the sacrifice, the ridicule, the embarrassment, the fights, the resilience, the determination against all odds, the doubts, the fear, the non conformity and so many other things that ORDINARY people would not dare to try?

My answer has been and will always be YES and evidently so. What is yours?
Posted by Stella Damasus at 09:43:00